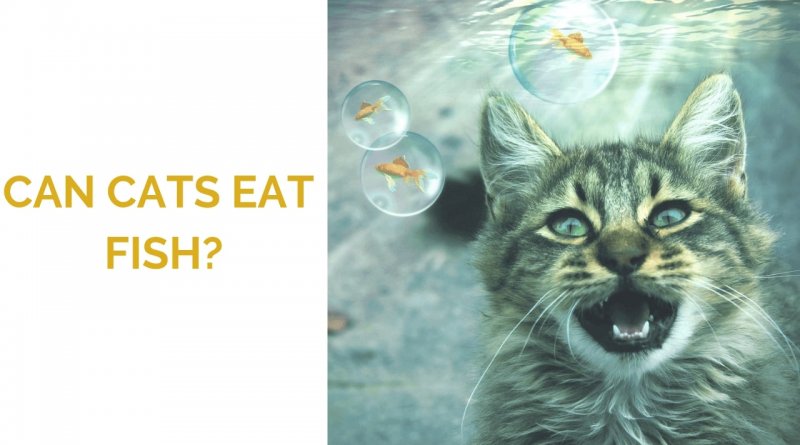 While cats can eat fish, it’s not the ideal basis for their diet.

Unlike other meats that are most nutritious when eaten raw, uncooked fish isn’t just nutritionally inadequate—it could cause severe nutrient deficiencies. Furthermore, most of the fish used in cat food is contaminated with heavy metals and toxins. It’s also high in phosphorus and magnesium, making it a poor choice for cats with kidney issues.

But that’s not all. From seizures to slavery, there’s an ocean of reasons to avoid fish-based cat food.

Continue reading to find out more about what’s wrong with fish for cats, how raw fish can give your cat seizures, how wild-caught salmon can be just as bad as farmed salmon, and why almost none of this applies to fish oil.

First of all, can cats eat fish?

Although fish is safe for cats to eat, it’s not a nutritionally complete food. Fish is deficient in the calcium, sodium, and iron cats need.

Nevertheless, fish has become a routine part of the feline diet—almost like corn, wheat middlings, and other species-inappropriate ingredients, but a little bit more natural.

Cats have been a part of human civilization for about 10,000 years and this has brought them into communities and regions of the globe that previously weren’t home to a natural population of felines. While the domesticated cat’s ancestors lived primarily in the desert and didn’t have access to fresh fish, their feral contemporaries certainly do. Feral cats who have access to fresh fish will eat them in addition to the standard fare of rodents, birds, and small reptiles. These cats might not go diving into the water to retrieve fish from their natural habitat, but they’ll hunt fish opportunistically, primarily scavenging on landed fish.

Cats have been eating fish ever since they had access to them. Fish have a strong smell and, when they’re alive, flip around in a tantalizing manner that most cats have a hard time resisting. Some people say that cats have developed a love of fish over decades of it being included in their food, but it’s more likely that cats like fish because it naturally captures all the things cats want out of their food.

Here are a few of the most compelling reasons why you shouldn’t make fish the primary protein in your cat’s diet.

Raw fish can cause vitamin B1 deficiency.

Some raw fish contain thiaminase, an enzyme that destroys vitamin B1, also known as thiamine. Thiamine deficiency can wreck a cat’s body, resulting in symptoms including loss of coordination, aggression, and seizures. If a cat consumes a steady regimen of raw fish, this thiamine deficiency and consequent neurological effects will culminate in death.

This enzyme is present in the bodies of commonly-eaten fish including whitefish, goldfish, bass, catfish, smelt, tuna, and herring.

Note that raw fish isn’t the only way that cats may be affected by a thiamine deficiency. In fact, multiple cat food brands have recently been recalled due to a deficiency in this crucial vitamin. Those following the 2017 B.F.F recall will be acutely aware of the importance of thiamine and how a deficiency of this B vitamin affects the nervous system.

Most fish is heavily contaminated with heavy metals and toxins.

PBDEs, or polybrominated diphenyl ethers, are flame retardant chemicals. During the 1970s, the world was soaked in PDBEs—they were used to treat everything from building materials to furnishings to cars and clothing. But after it became apparent that these flame retardants could also disrupt endocrine function, they were phased out in the United States and European Union.

But when chemicals go out of fashion and popular use, they don’t disappear. Instead of being sprayed on kids’ pajamas, PBDEs float in natural waterways, human bodies, and make their way into the sea. In oceans, lakes, and rivers, PDBEs make their ways into the bodies of fish that will someday become your cat’s food.

How does PBDE-contaminated fish affect your cat’s health?

Eating fish contaminated with PBDEs may increase your cat’s chances of developing hyperthyroidism, a thyroid disorder that leads to excessive metabolism, muscle wasting, and sometimes, death.

While the connection between PBDEs and feline hyperthyroidism isn’t confirmed, the connections are unsettling. Cats who eat fish-based canned food are more likely to develop it. We also know that hyperthyroid cats have higher levels of PBDEs in their bloodstream than those who don’t.

While some cat food is made from wild-caught fish, varieties made from farmed fish are very likely full of antibiotics. Fish farms are cramped quarters where diseases easily transfer from fish to fish, necessitating the use of antibiotics. These antibiotics may remain in the fish’s flesh and end up in your cat’s food bowl.

Fish near the top of the food chain, including tuna, salmon, and the ocean whitefish ubiquitous in cat food, bioaccumulate heavy metals including mercury and lead. You probably know that people are advised to seriously limit their intake of these large fish. In fact, the FDA advises pregnant women and those of childbearing age to steer clear of king mackerel, tilefish (a type of ocean whitefish) and bigeye tuna.

If these common cat food ingredients are so contaminated that they’re considered unsafe for any woman between the ages of 16 and 49, why aren’t cats—smaller, notoriously sensitive creatures—given similar restrictions on their fish intake?

Instead of being told they should limit fish to one small serving a week, cats may eat fish-based food every day of their lives.

Most farmed salmon doesn’t have pink flesh. While their wild cousins eat a diet rich in krill and shrimp and develop pinky-orange flesh, farmed salmon eat farm food and have gray flesh. If you popped open a can of salmon cat food and it was gray or brown, you’d probably think there was something wrong with it. Instead of shocking or confusing their customers with gray-fleshed salmon, salmon producers feed their salmon pigment pellets. These pigment pellets contain astaxanthin and canthaxanthin, synthetic forms of the pigment naturally present in plankton, krill, and other ocean foods. It’s unclear whether or not these dyes are safe, but one study done by the European Union’s Scientific Committee on Food found that eating canthaxanthin could lead to crystal deposits on the human retina.

While this pink shade may look appetizing, it might not be so appealing when you realize that the pinky-orange dye is associated with retinal damage and may cause other health problems.

The fish used in cat food is typically low-quality and is often caught by slaves.

Unless you’re buying food that uses human-grade fish—which is highly unlikely, by the way—the fish used in your cat’s Ocean Whitefish and Tuna dinner is not the same kind of fish you’d plate up with a side of asparagus.

Instead, the fish industry salvages the “trash fish” that’s not commercially viable for human consumption by selling it to pet food ingredient suppliers. Though the term is also used to refer to commercially unpopular or hard-to-catch fish and is associated with a movement towards using ordinarily-uneaten fish in recipes like black cod adobo tacos, that’s not the kind of trash fish we’re talking about. For the sake of this discussion, trash fish refers to any wild-caught seafood that’s not marketable to the human palate or too young to market.

Because they’re not appealing whole, the so-called trash fish are ground up into an unrecognizable mush and sold to companies in industries less choosy about how their ingredients look or smell—like the pet food industry, makers of fish oil, and fertilizer companies.

But the idea that trash fish is gross isn’t what’s wrong with it. One concern is that the fish meal used in pet food lacks the nutritional composition you’d find in a higher caliber of fish. It’s higher in phosphorus and magnesium. Secondly, we just don’t know how well that fish is kept. Is it decaying? Is it kept clean?

Third, trash fish is notoriously reliant on forced labor. Thailand, one of the United States’ leading fish importers, is associated with a system of slave labor aboard fishing vessels. People from villages in Myanmar and Cambodia are fooled into boarding Thai fishing boats under the pretense of gainful employment, then forced to stay quiet, catch fish, and obey orders—or die.

There is some evidence that ethoxyquin can alter liver function, though these effects have no known health consequences. Additionally, it’s suggested that it may be a carcinogen due to its similarity to 1,2-dihydro-2,2,4-trimethylquinoline, a chemical with known carcinogenic properties. Ethoxyquin’s carcinogenic potential hasn’t been fully investigated.

Too much phosphorus and magnesium burden the kidneys, making fish-based food a particularly poor choice for cats with kidney disease or those prone to urinary tract crystals.

Dr. Jean Hofve says “after I shared one meal of halibut with my three cats, within hours two of them had urinary tract flare-ups, and by 6 a.m. I had my boy kitty on the surgery table while I inserted a catheter.”

It’s a dramatic example, but illustrates the point well—fish contains concentrations of minerals that, when combined with a predisposition to develop uroliths, could increase your cat’s chances of dealing with urinary crystals.

While cats shouldn’t eat much fish, fish oil is a different matter.

I have to mention here that none of these problems (besides the slave labor concern) apply to fish oil. Fish oil is extracted from fish fat and is usually much safer than fish meat. If you choose wild-caught Alaskan salmon oil like this popular product from Zesty Paws, you won’t have anything to worry about nutritionally or in terms of human rights.

Even cats with fish allergies can usually handle fish oil, since it doesn’t contain any of the proteins that most often trigger an allergic reaction.

Fish oil is an extraordinary source of omega-3 fatty acids EPA and DHA, which can help to reduce inflammation while keeping your cat’s coat soft and shiny. And while fish-based foods are a no-no for cats with kidney disease, that’s not the case with fish oil. In fact, the anti-inflammatory properties of fish oil can help cats with CKD feel better. A teaspoon of fish oil has about 10 calories, so it’s a calorie-rich supplement that may help sick or geriatric kitties to maintain their weight.

Fish is a great treat, but it shouldn’t be the primary ingredient in your cat’s regular diet.

Flaky, rich in omega-3 fatty acids, protein-dense, and delicious, fish is a fantastic treat for cats.

But when you consider the conditions under which fish are farmed, the heavy metal and toxin contamination found in wild-caught fish, the regular use of potentially harmful pesticides, and the fact that much of the fish used in cat food is linked to forced labor, it’s clear that fish-based cat food is both nutritionally and ethically a less-than-ideal choice.

If you decide to avoid fish in cat food, read the ingredient list carefully. Even foods named Poultry Dinner or Chicken Feast may contain fish, so you can’t rely on the front of the label to tell the full story.

Now that we’ve established that cats shouldn’t eat fish, what SHOULD they be eating? Ideally, cats should be eating small animals like rabbits, small birds, and rodents. Chicken, quail, rabbit, duck, and turkey are all relatively easy-to-find options. If you have the time, we recommend homemade raw cat food made from a rotation of proteins including chicken, rabbit, and small game birds.

How Can You Tell if Your Cat is in Pain?