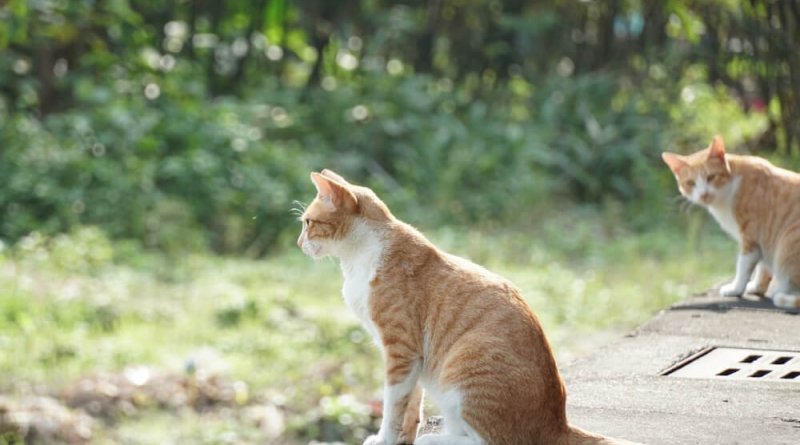 With cats being one of the most common household pets across the United States, many people enjoy learning about felines. However, cats are mysterious animals, and even though we love them, there are probably plenty of things that we don’t know about them. Even as a cat guardian, there are probably multiple cat facts you aren’t aware of—until now, that is.

We know that cats can dream, that they sleep for long periods of time, and we know that black cats were considered by some to be bad luck since they were associated with witches. This association started in the Middle Ages, continued through the Salem Witch Trials in the late 1600s, and continues to cling to black cats today.

There are upwards of 70 million feral cats in the United States. They are more popular to have as household pets than dogs. Many people also know that even though many cartoons depict cats drinking milk, most cats are lactose intolerant.

Read More: Can Cats Drink Milk? Why Victorian Cats Were Always Lapping Up a Saucer of Milk

But what is it about cats that we don’t know?

Since we became aware of how scared cats get when startled (cat vs. cucumber viral videos, anyone?), there is a thirst for more knowledge about these intelligent creatures. So, if you’re a cat lover or just enjoy knowing a lot of random information, here are fifteen often unknown facts about those crazy cats.

Cats have tongues that can’t taste sweet things, and their sense of smell doesn’t even detect it, so they don’t have any attraction to sweets. Thanks to a genetic difference, you don’t have to worry about your candy stash being raided by your little furry friend. No sweet tooth here!

2. A group of cats is called a clowder or kindle.

A group of cats together is known as a clowder, and a group of kittens together is called a kindle. It almost makes you wonder if Amazon stole the name?

3. Their purrs have healing powers.

Cats have the power to heal themselves with their purrs. A cat’s purr has a frequency of about 25 to 150 hertz. Weirdly enough, that specific frequency range is where muscles and bones grow and repair themselves. There’s even some conjecture that cats’ purring can benefit humans with injuries or loss of bone density.

4. They can drink salt water. 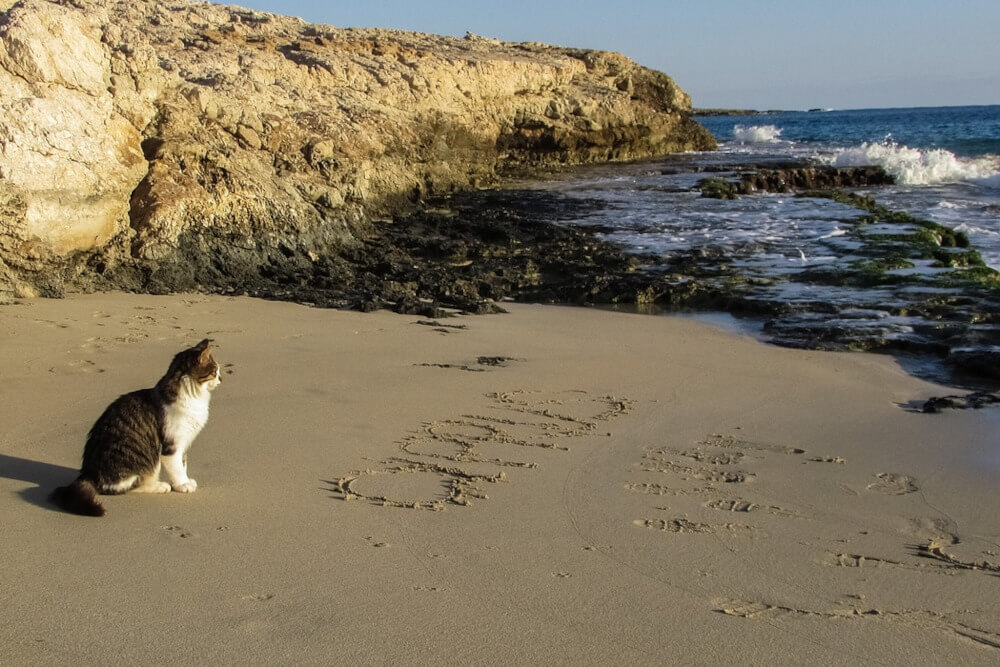 Strangely enough, cats’ kidneys can filter salt out of the water. Unfortunately, humans do not have this function with their kidneys, so we have to be cautious of our salt intake. Cats, on the other hand, have no problems drinking pure seawater—gross!  While cats can drink salt water to sustain themselves, it’s recommended that they drink fresh water long-term. However, that could come in handy if your cat ever gets lost, knowing that any type of water will work.

5. Cats sweat through their paws.

Most people know that dogs cool down by panting, during which the moisture in their mouth evaporates and hot air from their lungs is exchanged with cooler outside air. The method cats use to cool themselves down in hot weather is a little less obvious. Cats also pant in extremely hot weather, but it’s rare. Cats actually have sweat glands that help them cool down, most of which are located in the pads of their paws.

Have you ever noticed the wet paw prints on a dry surface, but you know your cat hasn’t been near any water? Though it could be that your cat was licking its fur and licked its paws to cool itself off, the other culprit of their wet paws is that they sweat.

6. Nose prints are unique to each cat. 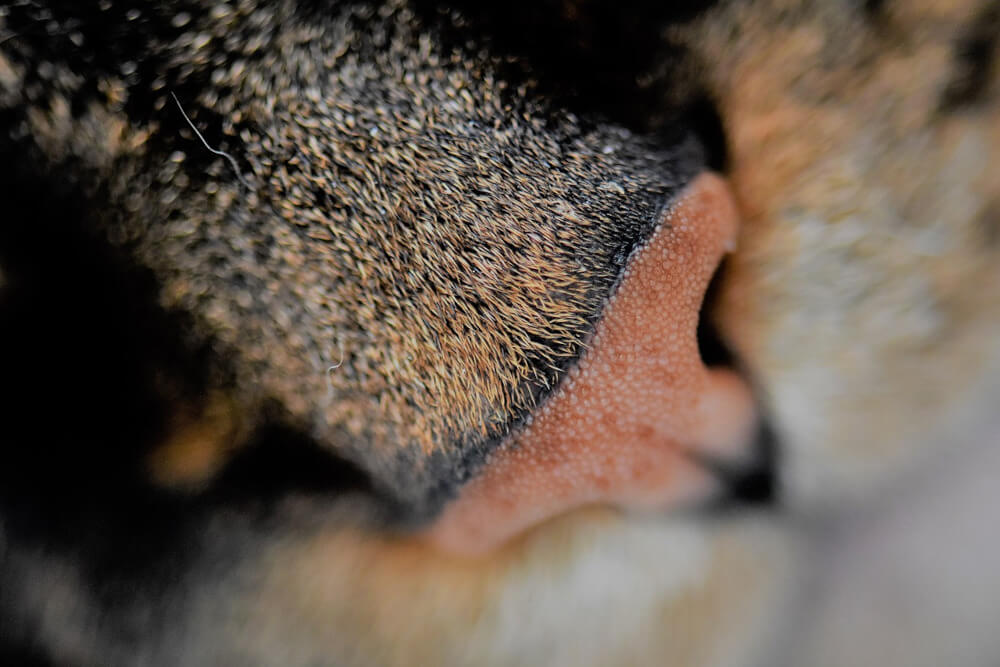 Just as there are no two humans alike by their distinct fingerprints, the same goes for cats, but with their nose prints. Each one is unique!

7. Cats have a dominant paw.

8. Their meows are mostly for us humans.

Did you know that the average cat can jump up to 8 feet high in one go—almost six times their body length? That means they can jump over our heads if they wanted to.

Even with all of these impressive facts about what cats can do, there are still some things that they are not capable of succeeding. For example, cats only have the ability to move their jaws up and down, not side to side or around as humans can. As obligate carnivores, our cats’ jaws are better suited to ripping meat than grinding plant matter.

Their jaws may be limited, but their ears are not. A cat’s ears can rotate180 degrees. This is because cats have 32 muscles in their ears that they use to control them. Those ears are intimidating for pet owners to have to clean. Many of us also will look to cat ears to indicate moods—like when a cat has its ears flat back and down, and you know it’s upset or angry.

Even when cats can show us that they are angry, they are a species that tends to be non-confrontational. They don’t like to fight to establish dominance. The animal hospital Bond Vet in Garden City says cats prefer to stake their territory instead and avoid one another rather than get into a fight.

The Guinness World Record for the wealthiest cat is Blackie, owned by Ben Rea, a successful antique dealer from Britain. When he passed on, he left his fortune to his cat. The money ended up later being divided into cat charities who took care of Blackie until he, too, passed on.

14. There are so many breeds to choose from. 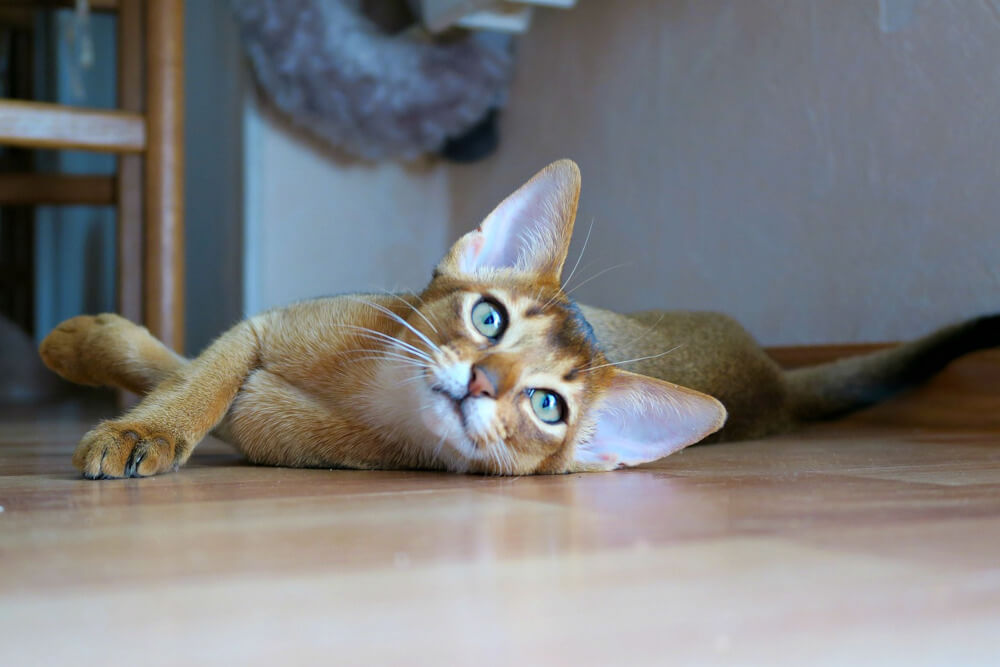 The International Cat Association, otherwise known as TICA, recognizes 73 different breeds of cats for championship competitions. They have noted that the number of breeds can change as new breeds are developed.

From being able to catch themselves before they fall by tucking themselves up to taking care of digestive issues by eating grass and coughing up those nasty hairballs—cats are very self-sufficient. They even like to bring us their hunted animals like mice or birds because they think we cannot take care of ourselves. How nice!

Which facts blew your mind about your feline friends?

There are so many interesting facts about cats out there; this is just a short compiled list to demonstrate how amazing these creatures are.

Moving Into a New Home? Help Your Cat Adjust With These Tips

How to Train Your Cat to Walk on a Leash