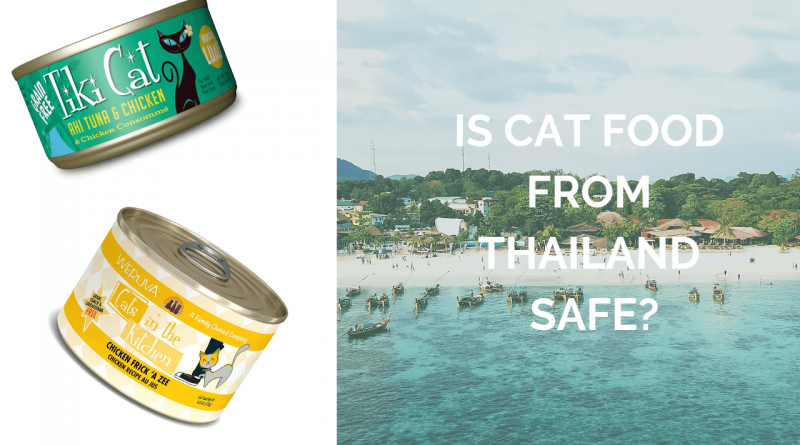 Some of the most popular wet cat foods are manufactured in Thailand, usually with at least some Thai ingredients. This prompted us to ask the question— “is cat food from Thailand safe?” After hours of research, we’ve concluded that cat food from Thailand is generally safe to feed your cat, but it may support brutal slave labor and a system of abuse.

Read on to learn more about why so many cat foods are made in Thailand, Thai pet food regulations, and to find a list of cat food brands that partner with Thai manufacturers.

On an average day here at Wildernesscat, our team reads a variety of customer reviews of cat food, cat litter, cat supplements, and other products. Reviews tell us a lot about products’ quality and the company’s customer service. They also help us to better understand what matters to other cat guardians.

We’ve noticed that a lot of people are worried about cat food sourcing. Many refuse to feed their cat anything made or sourced in China, which is understandable, but I was surprised to see how many people are concerned about cat food made in Thailand.

Here are a few of the things people are saying about cat food made in Thailand:

“I read this food is mg’ed in Thailand …. there seem to be no national agencies that give a flip what we feed our pets.”

“I never saw that it is MADE IN THAILAND, or I would never have bought it. Beware.”

Jimmy sounds nervous about his choice to feed Rachael Ray food made in Thailand:
“Product is made in Thailand which I would normally be a little suspect about but we haven’t had any issues with it.”

These reviews made me wonder about the safety of cat food made in Thailand.

Why are so many wet cat foods made in Thailand?

In a 2011 paper called “Thai Petfood Industry and Pet Nutrition Science” published in the Journal of Mahanakorn Veterinary Medicine, Anton Benyen credits an anonymous source with a few interesting figures on the significance of Thai pet food export to the United States. Benyen’s anonymous source says that Thailand’s USA import market share is 25%, making it the second biggest importer of pet food to the United States.

That was almost ten years ago and Thailand’s pet food industry was, and still is, rapidly growing.

It’s cheaper to make cat food in Thailand than the United States and some other countries. David Forman of Weruva pet food says “the labor is cheaper, but the cost of making and running equipment is the same,” presumably comparing the costs of manufacturing in Thailand to the United States.

Another factor in Thailand’s popularity for cat food manufacturing is the fact that most of the world’s tuna is caught there. Thailand is a hub for tuna and fish canning and processing, making it a reasonable choice for anyone who wants to make fish-based cat food.

In theory, all of these factors make Thailand a safe, economically-wise country for cat food manufacturing.

But are Thai manufacturers meeting the standards implied by the Kitchen of the World campaign?

All Thai cat food production is overseen by the Department of Livestock Development, which is si 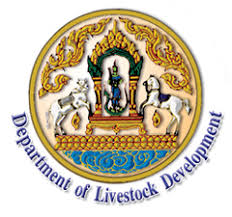 milar to the U.S. Department of Agriculture. Like America, Thailand also has a Food and Drug Administration (FDA), which is recognized by the US FDA.

Although I was unable to find comprehensive documentation of the DLD’s standards, scattered documents and articles provide some insight.

From the USDA’s 2013 document on the DLD’s standards for food exporters and importers:

“The Department of Livestock Development (DLD) currently requires plant/facility audits located in exporting countries for products considered prone to severe disease contamination (i.e., BSE and Salmonella). Although the DLD has no clear criteria in determining products under this category, the list currently includes all rendered animal products (i.e., meat and bone meal and offal-derived products), egg products, and dairy products. The importer/exporter is responsible for all expenses incurred during the audit.”

In 2018, an EU audit of Thai poultry production facilities found that “authorities responsible for the official control system on production of poultry meat and products are clearly designated and their structure and organization is adequate. However, in practice systems failed to achieve their purpose in some establishments visited as authorities did not detect/record serious deficiencies and were not in a position to take appropriate corrective action.”

In other words, as in any industry in any part of the world, Thai manufacturers and livestock producers aren’t always compliant with laws and they aren’t perfect.

Human-grade cat food made in Thailand?

When you see that a pet food company, like Weruva, claims that their food is “good enough for humans”, “produced in a facility for human food”, or otherwise dodges the phrase “human grade”, know that they’re doing this for a reason.

Weruva is made by the Songkla Canning Company in Thailand, and despite the fact that it’s made in a facility for human food processing, the ingredients used in some Weruva foods are not human grade. One Weruva export document revealed that their ingredients were defined as “Residues and waste from the food industries; prepared animal feed.”

Thai cat food is generally safe, but what about human rights?

According to a publication from Greenpeace, The U.S. State Department has reported labor abuse on fishing vessels in more than 50 countries, including Thailand. In 2014, The Guardian released the findings of a six-month investigation of the Thai fishing industry.  The investigation confirmed slave labor and horrendous abuse on Thai fishing boats.

And yes, these are the fishing vessels that catch tuna, prawns, and other seafood for use in cat food sold around the world.

A class-action lawsuit was brought against Nestlé Purina in 2015, alleging that the company knowingly supported Thailand’s tangled system of slave labor and human trafficking. According to the suit, Nestlé Purina’s Fancy Feast cat food is not made in Thailand but contains seafood purchased from Thai Union Frozen Products PCL, a company that allegedly oversees canneries, fishing vessels, and smaller fishing boats, the latter of which may secretly operate as floating prisons. One man held as a slave on one of these fishing vessels told CNN:

“There were times I was about to jump into the sea to kill myself.”

Mars, the conglomerate behind popular cat food brands including Iams, Royal Canin, Whiskas, and more, says that by 2020, they plan to use only non-threatened fish caught legally or raised on farms and certified by third-party auditors as not being linked to forced labor. For now, that just means that they’re still connected to an unsustainable and inhumane industry.

The United States designates Thailand a Tier 2 country, meaning that In April of 2015, the European Union gave Thailand a “yellow card” warning for fishing industry standards. The yellow card indicated that the EU was prepared to ban Thai seafood imports if the country didn’t improve.

On land, Thai food processing facilities are filled with low-paid workers, mostly migrants. Some plants pay less than Thailand’s minimum wage of 325 baht or $10.38 per day. Many don’t give their employees public holidays or overtime. In an article published by the Daily Telegraph, a migrant worker going by Aung Au said he was paid $398 per month, or $13 a day, working up to 11-hour shifts for Thailand’s Sea Value Group.

The United States previously ranked Thailand as a Tier 3 country, classifying it as a country involved in human trafficking and making no effort to reduce it. In 2018, the United States bumped the country up to a Tier 2. While Thailand is still not compliant with the Trafficking Victims Protection Act (TVPA), the US government deems that it’s making significant efforts to reduce the exploitation.

Cat Food Companies That Make Their Products in Thailand

The following is a short list of cat food companies that sell products manufactured in Thailand. We may update or expand it periodically, but the list limited by our knowledge of the industry and isn’t an exhaustive resource.

Cat food companies can change their practices at any time, so check the companies’ sites for the latest information.

Did we miss a brand? Please let us know and we’ll add it to our list!

In conclusion, is cat food from Thailand safe?

Cat food from Thailand appears to be safe. Thai cat food is regulated by the Department of Livestock Development (DLD) and the country’s Kitchen of the World initiative motivates strict food quality and safety regulations. Based on our knowledge of recalls in the pet food industry, there have been more recalls of US-manufactured cat food than products made in Thailand.

While it’s generally safe to feed your cat food made in Thailand, some members of the Thai fish industry may be involved in human trafficking and the exploitation of migrant workers.

Nom Nom Recall History: Is It a Safe Choice for Your Cat?

Everything You Need to Know About Dry Cat Food

Best Cat Urine Carpet Cleaner: How to Get Rid of the Cat Pee Smell