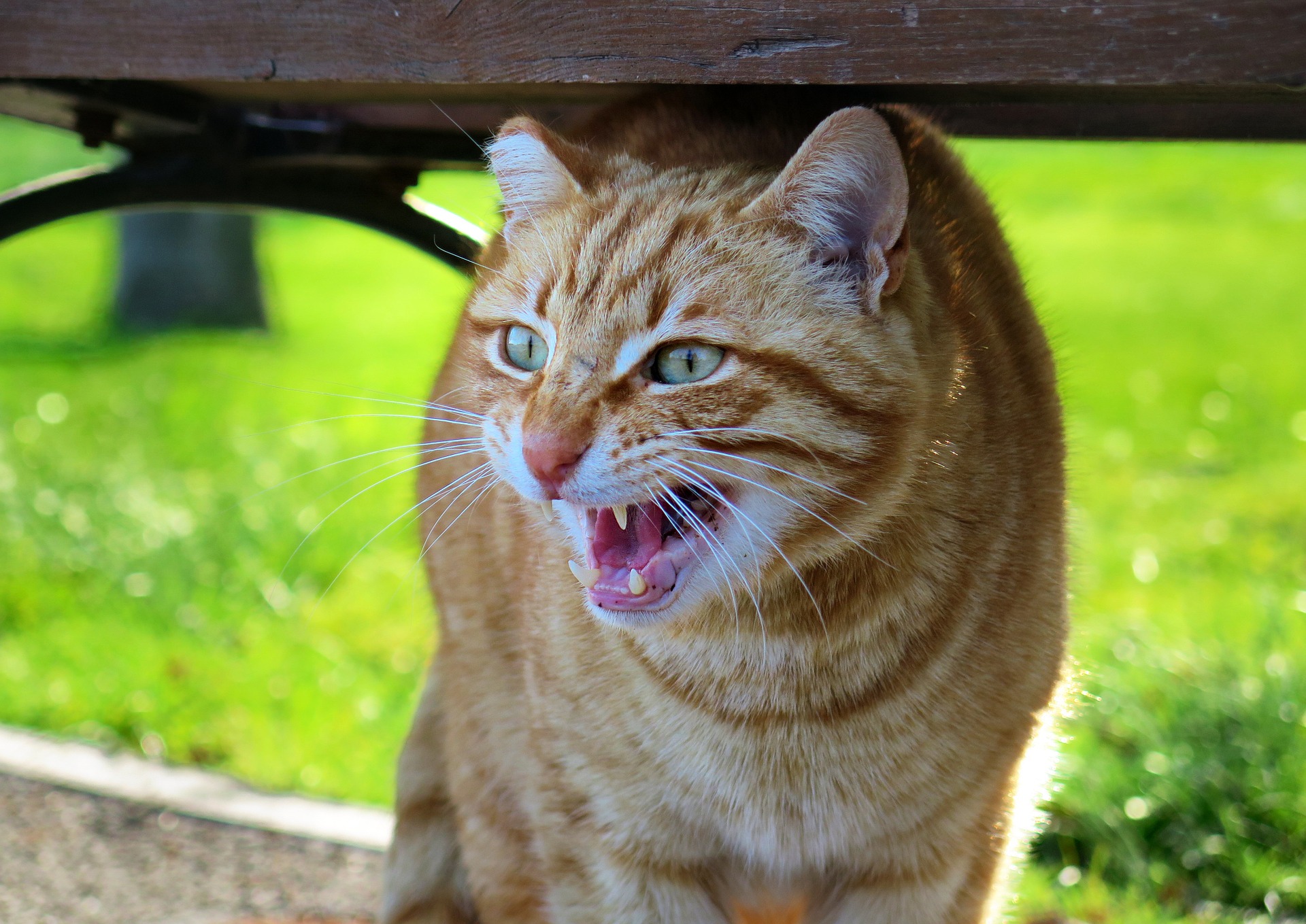 Has your cat ever acted like they were afraid of something invisible?

Wessie’s favorite spot to take naps was a shallow cardboard box positioned underneath a chair. And yet on that day a few years ago, he seemed absolutely terrified of it.

What was once a well-loved napping location had suddenly acquired some frightening quality visible only to him. Wessie stood several feet away from the box, his tail fluffed, his pupils dilated. His entire body was tense. It was as though a threatening invisible cat…or something… had taken a seat in the box.

Seeing no reason for him to be so afraid of his beloved spot, I picked him up and carried him closer to the area. He reacted immediately by writhing, meowing, hissing, and then frantically leapt out of my arms.

It’s not clear exactly what happened that day, but it’s obvious that he saw – or sensed – something that the household humans were oblivious to.

While this experience was bizarre, it wasn’t completely unusual. Wessie’s actions were almost identical to those reported by many other mystified cat guardians who noticed that their cat was acting “weird”, “scared”, and “might have seen a ghost”.

Here’s what others have experienced:

A few nights ago I was alone in my little cabin sitting on the couch watching a DVD, my cat was sitting next to me, as always. Suddenly I was aware that she was acting really scared. She got into this really scrunched-up defensive pose and her tail poofed up huge. The hair along her back was sticking straight up. I tried to pet her to calm her down, but she didn’t respond at all. I could feel her back was rigid with tension. I leaned over and looked at her face, and her eyes were entirely dilated and black.

She wasn’t moving, and she was entirely focused at an empty spot the center of the room just a few yards in front of the couch.

I saw nothing, but my cat’s overt display meant something.

I got up and walked around the house, and when I stood in the living room in front of the couch I could see right where here she was focused. She stayed frozen in that anxious pose with her eyes fixed on an empty spot right in the center of the room.

A reader of WayofCats described their experience:

My cat is constantly staring into one corner of my room. It’s always the same corner, plus he’s scared and just moves away when I try to pet him and assure him everything is okay. The other day I left him in my room alone as he was staring into the corner and I just heard him meow and he run out my room, there was no-one in my house and there’s nothing in that corner of my room so I guess I’m just looking for an explanation? He won’t come in my room now… Why do you think he does that?

Why do cats do this?

The best thing about this mystery is that it’s unsolved.

People don’t know why cats seem to play with invisible mice, bat at non-existent cobwebs, or hiss at cats who aren’t there.

We do know that cats and other animals are sensitive to changes in the environment that people are oblivious to.

Cats, for example, can see ultraviolet light. That means that that they can see in a range that is well beyond what humans can see – giving them access to a completely different perspective on the world. For example, regular discharge from power lines is invisible to us – but to our UV-sensitive cats, power lines emit regular bursts of bright light.

Beyond having different visual abilities, cats have a keener sense of hearing and smell than people do. A minute change in the environment could pique their interest while humans remain oblivious. Bats emitting ultrasonic noise, a shrew scurrying down the sidewalk, termites in the wall, or any other natural stimulus could fascinate and mystify your super-sensitive cat.

Besides this, we know that cats can detect an impending earthquake before humans are aware of any activity. Cats and other animals may act unusual, hide, or run away during the days and hours before the quake.

We live in a mysterious world of varied perceptions and perspectives – cats are clearly conscious of a side of the world beyond that permitted to natural human awareness. Perhaps cats are indeed aware of entities or spirits existing in a plane beyond that of ordinary existence. But for now, the reality of exactly what and how much they experience is anyone’s guess.

And maybe they’re just messing with us!