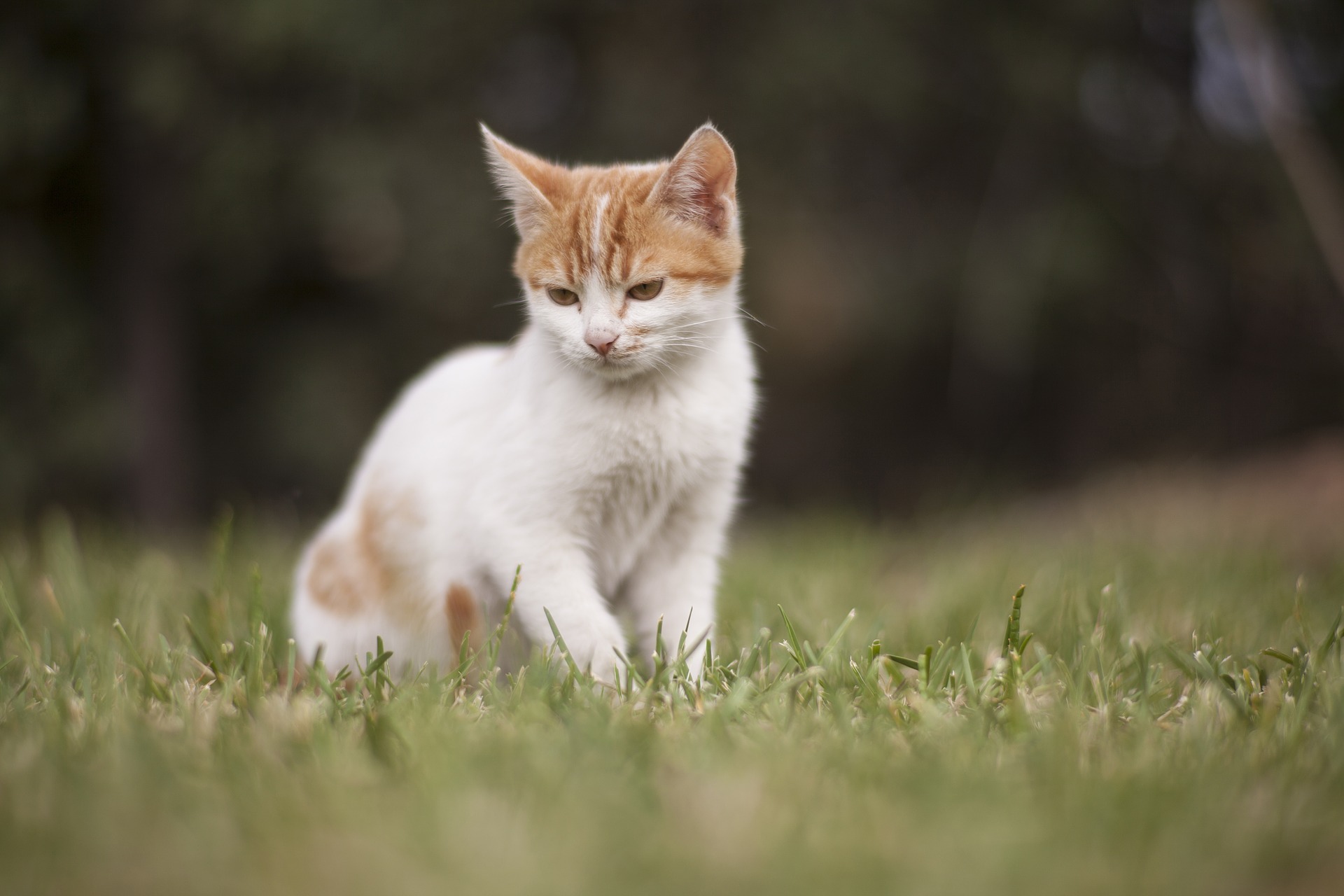 Someone on Quora asked how you can tell if your cat is in pain.

This is such an important question…and the answer is both more and less complicated than you might think. Or, for some of you, it might come intuitively.

Here’s how I answered that question on Quora:

Like people, cats express their pain in different ways – and there are different types of pain for them to express.

In cases of acute pain (for example, if your cat has just been stung by a wasp), they will often react with obvious surprise, run away, or let out a loud scream. After the initial trauma, cats will often withdraw. For example, when my cat was shot with an air rifle, he initially ran as fast as he could, then retreated to a safe place to recover from the shock. He became withdrawn, quiet, and subdued.

Don’t worry – he was only minorly wounded and recovered in a few days.

If there is a localized pain point, your cat may meow when pressure is applied to the location of pain. You might notice them licking a certain area in an attempt to alleviate that pain.

But what about when your cat is suffering from a more diffuse pain? What if it’s not an abscessed tooth but a stomach ache?

Cats will tend to become quiet, listless, and generally “different” when they’re sick or in pain of any type. They’ll shut down a little bit. They might seem agitated or touchy. They might hold their ears pinned back to their head or their tail between their legs.

The bottom line with this one is to know your cat.

A lot of people try to read their cats according to “the book”. In the process of trying to decode our pets, we become removed from their nuanced individuality and ultimately make them more complicated than they actually are. In all likelihood, if you know your cat, you will know when your cat is in pain.

Sometimes we make cats too complicated.

Have you ever thought that maybe we’re over-mystifying cats? We’ve created this “mysterious cat” stereotype over the years and it’s affecting the way that we read our cats’ body language and look for health issues.

Cats are complex, but so are people.

Most attentive mothers can easily spot a sick kid – no matter how aloof or quiet that kid is. Similarly, those with a close relationship with their cat can typically sense what’s going on with their feline companion.

The idea that it’s difficult to decode our cats’ behaviors can be dangerous.

While studying feline behavior is an awesome practice that will help you to deepen your relationship with and understanding of your cat, at the end of the day, you don’t need a cat behavior manual to know when your cat is hurting.

This idea that we don’t have the ability to recognize our cat’s suffering can lead us to trust the advice of people who don’t really know our cats. Consequently, this means letting our cats undergo treatments (or not), which could ultimately be detrimental.

An example of this is a story from one of our Wildernesscat Pals on Facebook, who generously shared her story about putting your own understanding of your cat first.

Here’s what she said:

“….I knew my cat was suffering from the effects of the methimazole and he should have had a simple blood test to determine what effect the med was having on his T4. Instead the vet insisted on RAISING the dose so much, my cat ended up dying. This is why we need to start questioning why vets are not keeping up with treatment protocols and are killing our pets instead!”

While it’s important to be humble and pay attention to the advice of people who have been trained in veterinary medicine, many of whom are well-educated and knowledgeable about the latest treatment protocols, it’s also important to question everything, trust your intuition, and assert yourself.

You know your cat best.

Best Cat Urine Carpet Cleaner: How to Get Rid of the Cat Pee Smell

How to Train Your Cat to Jump Through a Hoop

Can Cats Eat Chicken Bones? A Complete Answer (With Videos!)