Here’s the short answer: Feliway may help, but it doesn’t have the 9 out of 10 success rate the package promises.

After years of accepting Feliway as a tried-and-true solution for feline stress and anxiety, I finally decided to sit down and do the research for myself. I wanted to know if this synthetic pheromone product actually works and, if it does work, exactly what it does and how far its benefits go.

Keep reading to find out what I learned.

Disclaimer: Some of the products recommended in this post have affiliate links. If you make a purchase through these links, we’ll receive a small commission, but it won’t cost you any extra. Thank you!

First off, what’s the main idea behind Feliway?

Feliway is all about pheromones.

Pheromones are chemical messengers secreted by almost every type of creature on the planet. Salamanders have them. Mice, moths, fish, and dogs have them. People probably have them, too. And most importantly, cats have them.

Cats secrete several types of pheromones from nine different glands positioned all around their bodies. As far as humans can tell, these pheromones send one of two messages: “we’re friends” and “this is my territory”.

If you can harness the power of pheromones, you have the power to influence your cat’s emotional state—almost by magic.

That’s the idea of Feliway.

There are three types of Feliway, each mimicking different feline pheromones. The inventor of Feliway, a veterinary doctor and professor named Patrick Pageat, says the formula is an “exact copy of the natural messages released by the cat”.

In theory, by replicating those natural messages, Feliway can resolve problematic behaviors and soothe anxiety. Whereas a cat might otherwise feel the need to spray or scratch to mark his territory, the synthetic pheromones do it for him. The same applies to stress—the synthetic pheromones may help to signal that the carrier or new home is a safe environment.

Here’s a list of all the things Feliway claims to do:

Note: These are Amazon affiliate product links. If you make a purchase through our links, we’ll receive a small commission. Thank you!

It sounds amazing! But does Feliway actually work?

With so many veterinarians recommending it, so many people relying on it, and its use so widespread, I originally assumed that Feliway was as trusted and credible as vitamin C. You probably felt the same way.

But after doing more research, I realized that while its results are promising, they’re not nearly as consistent as they initially appear.

In fact, back in 2010, JAVMA published a systematic review of the pheromone studies done between January 1998 and December of 2008. After looking at fourteen studies of pheromones on dogs and cats, the review concluded that none of the seven cat studies gave convincing evidence that synthetic pheromones correct “undesirable behavior”.

Wait, seven out of seven studies failed to demonstrate that Feliway works? How is that possible?

If it or equivalent products failed in seven out of seven tests, why does Feliway claim that their products are “clinically proven” to work?

Because they have been.

Some studies have, indeed, concluded that Feliway’s synthetic pheromones are effective.

For your examination, this Ceva-funded study in 1999. The study involved 34 cats, all of which had a spraying problem at the time. After they received a full physical examination, it turned out that the cats had urinary health problems, including crystals, medical conditions involving the urinary tract, and cystitis. Stress can cause or exacerbate these problems, so it’s reasonable to think that a stress-relieving product could help resolve the underlying issue and reduce spraying.

Though the test started with 34 cats, only 22 of them—from 19 households—returned complete data. Fourteen of those nineteen households reported that their cats were spraying less. A 74% success rate. But there’s a significant problem with those results.

There was no control group. We have no idea if the cats would have recovered by that time anyway. This study is one of several that had promising results but were done without control groups.

Another study performed in Japan found that after exposing spray-prone cats to a synthetic pheromone product for four weeks, urine marking was reduced from a mean 14.2 times a week to 4.2 times per week, with 37% of cats no longer spraying at all by the end of the test.

The abstract concludes that “these results suggest that this pheromone treatment is as effective in Japan as has been reported in other countries for solving feline urine marking problems”. Really? The question isn’t whether or not it works in Japan. The question is if it works at all. And without a control group, this study doesn’t bring us much closer to answering that question. 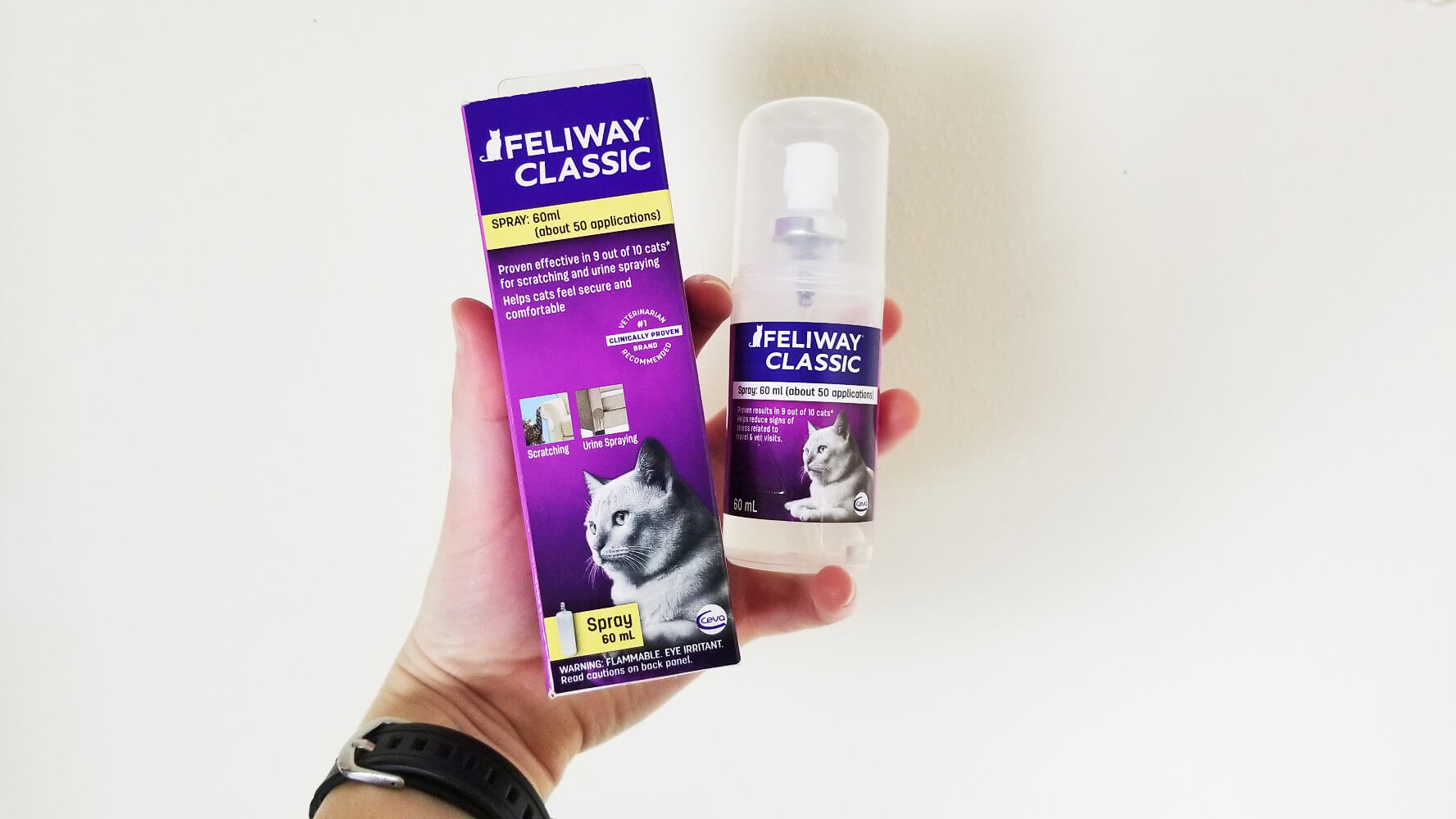 For example, a controlled study in 2013 showed that a scratching post treated with a synthetic version of feline paw pheromones got more claw time than an untreated post.

In other words, the results are mixed, but they seem to skew towards moderate efficacy.

When I looked at twelve studies on the efficacy of feline pheromone products, eight of those studies showed promising results.

So when we’re looking at the studies as a whole, about 66% of them showed some benefits. But those weren’t 100% success rates and the measures of success are inconsistent. After reviewing the research, it appears that Feliway shows some promise, but it’s not consistently effective.

Anecdotally, Feliway appears to work relatively consistently in both home and veterinary settings. But don’t underestimate the power of placebo. It’s incredibly easy to project our beliefs on our cats, especially when we’re evaluating symptoms of something as subtle as stress.

It might not help, but hey—it can’t hurt to try….right?

Maybe you’re thinking “but I’ve used it and it definitely works!” or “don’t bash it ‘til you’ve tried it” or even “but what about all of the positive reviews from real people?”

You’re right. There’s no arguing that Feliway can help.

Even if the benefits of Feliway are pure placebo in 50% of cases, that placebo effect might be enough to yield some real results. A guardian’s stress itself could affect a cat’s anxiety. A placebo-placated human just might be the best stress solution for some cats.

And when you’re desperate for something to stop inappropriate urination, scratching, and other stress-induced behaviors, even a product as inconsistent as Feliway looks like a good solution. If you’ll spend $10 on a bottle of water that smells like flowers, you may as well give Feliway a try, right?

Sure. And it’ll probably work better than flower water.

Before you invest in Feliway, make sure you’ve covered all of your low-cost options.

But before you drop $32.43 on a diffuser kit that does not do what the label implies—there is no consistent evidence that Feliway will reduce stress-related behaviors in 9 out of 10 cats—consider alternatives that don’t cost a cent.

Give your cat space. Make sure that your cat has places where he can hide, stretch, and sleep without being disturbed. A little elevated territory—think a designated windowsill, shelf, or cat tree—is also a good addition to the home.

Consider the hygiene of your cat’s spaces as well. Is his litter box cleaned every day? If you have multiple cats, do all of them have their own litter boxes? Is there plenty of space between your cat’s food and his toilet?

Finally, establish a healthy routine. Your cat isn’t a human. He doesn’t follow a human clock. The right daily routine honors your cat’s needs as a carnivorous predator. It involves prompt feeding, regular playtime, and consistency from day to day.

Once you’ve done all you can to make your home a cat-friendly space, consider investing in Feliway.

Did you find this post useful? Pin it for later! 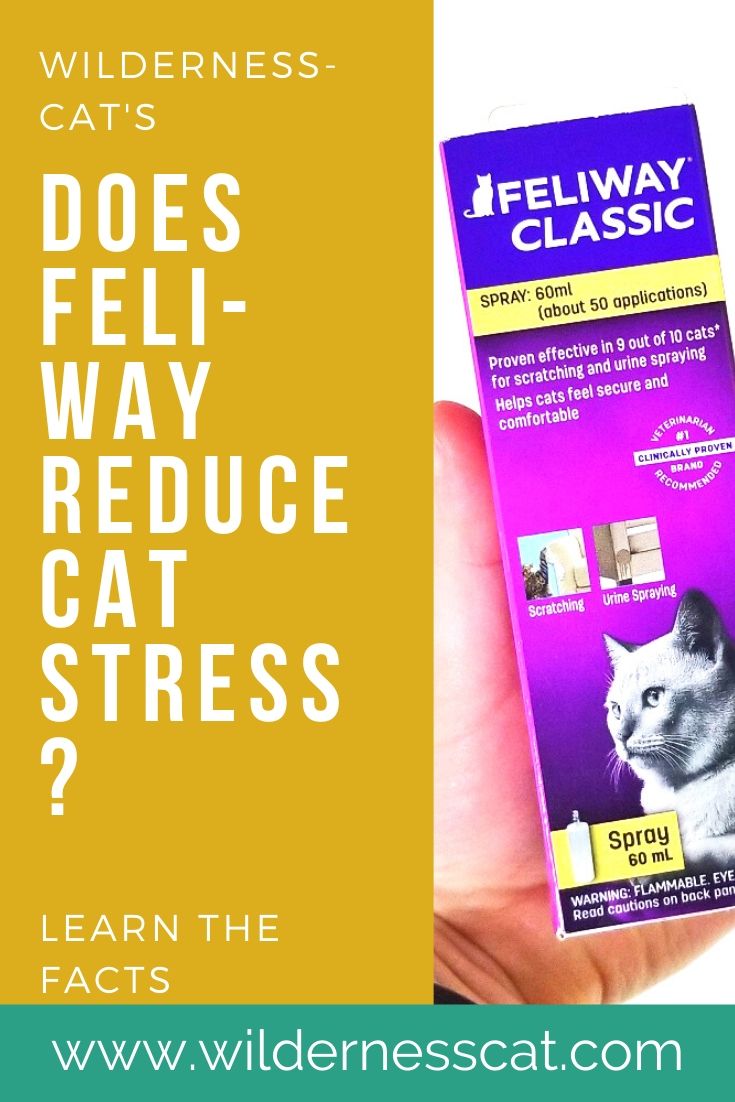 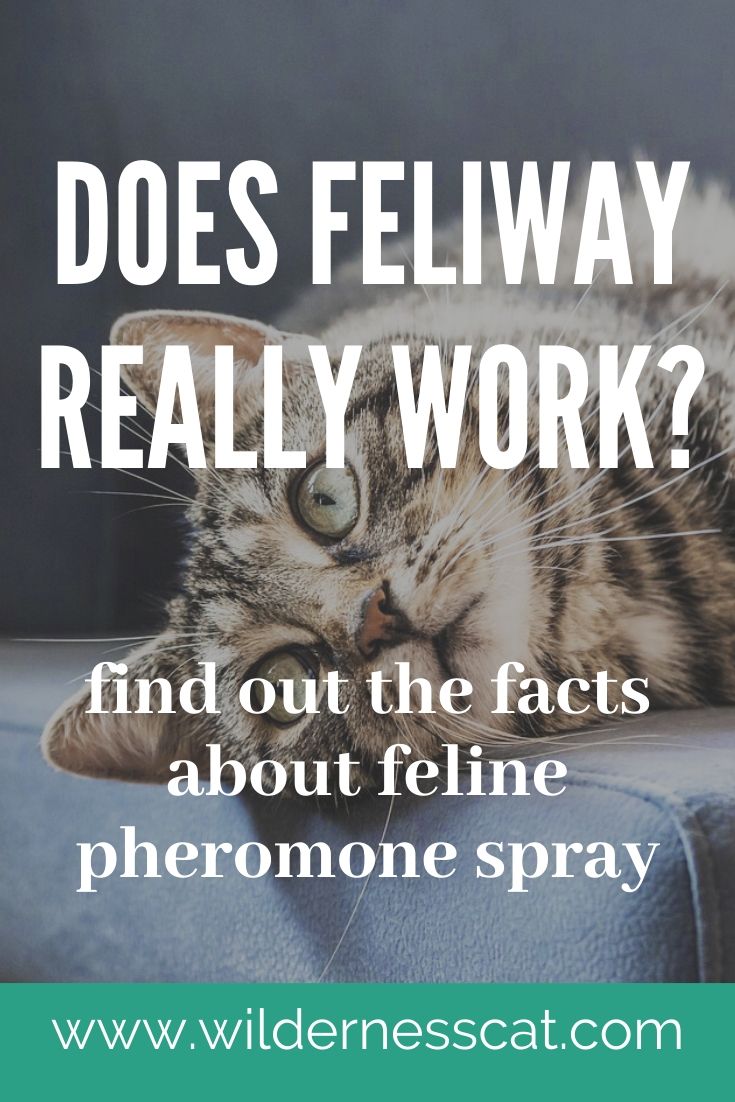 Why Cat Toys Are a Waste of Money

How Much Does Nom Nom Cat Food Cost?