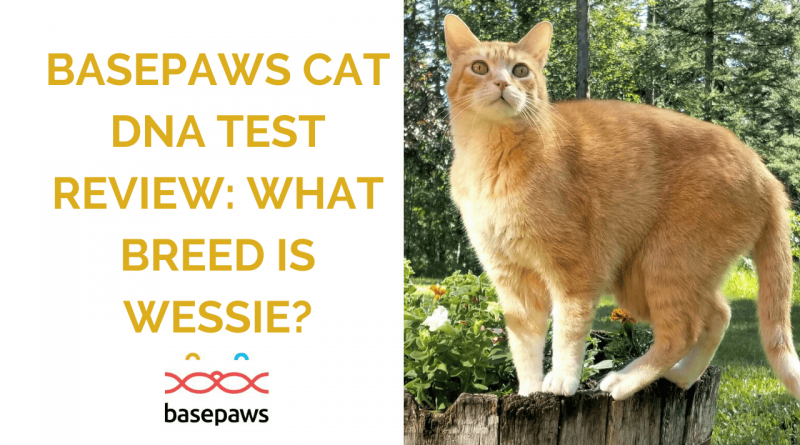 Do you ever wish you could know more about your cat’s ancestry? You may have thought this was impossible, but thanks to Basepaws cat DNA tests, we’re now able to find out more about our cats’ genetic backgrounds.

Like any home DNA test—think 23andMe—Basepaws testing is an easy way to get a greater understanding of the genetic markers that make your cat unique.

In this review, we’ll talk about how cat DNA testing works, what we found out when we submitted Wessie’s sample, and whether or not we think this test kit is worth it for other cat guardians.

Disclaimer: This post includes affiliate links. If you make a purchase through these links, we’ll receive a small commission, but it won’t cost you any extra. Thank you!

What is a cat DNA test?

A cat DNA test takes a sample of your cat’s DNA—in the case of Basepaws, it comes in a bit of saliva collected on a swab—and uses sequencing machines to read and record the unique code written in that genetic material. It then evaluates your cat’s DNA sequence and identifies patterns indicative of certain traits, health markers, and more.

Like human DNA tests, this test can’t read everything about your cat’s ancestry and genetics. It can’t tell you that his mom had a calico coat or that his grandpaw was Siamese.

Instead, the test places your cat within broad breed groups sorted by geographic region. Just like a human DNA test might tell you that your origins are broadly Sub-Saharan African, your cat might be genetically closest to the Western breed group—which includes Maine Coons and Norwegian Forest Cats.

The test results also tell you if your cat’s DNA has any markers indicating a predisposition to certain health issues. You’ll know if your cat has certain genes that put him at risk of, say, polycystic kidney disease or cystinuria.

The results also include a few other reports on fun genetic information, like if your cat’s DNA is similar to that of various wildcats. With Basepaws DNA testing, you’ll no longer hesitate when someone asks you whether Loki’s more like a tiger or a cougar.

Basepaws is the world’s first DNA test for cats.

The company was founded by Anna Skaya, an entrepreneur and former CEO with experience running startups in Russia and the United Kingdom. While in Singularity University’s Global Startup Program—situated down the street from the 23andMe offices—Anna got interested in creating a DNA test for felines.

The startup received $1M in funding, including $250,000 from two Shark Tank investors. The test became available to consumers in January of 2019.

Basepaws is still among very few services that can sequence your cat’s DNA and reveal information about breed characteristics and health markers. Similar products include HomeDNA’s Cat DNA kit, which focuses on health screening and the Optimal Selection kit, which is marketed to breeders.

It’s an ambitious, exciting concept. But what really happens when you use the Basepaws cat DNA test? That’s what we’re about to find out.

We received a Basepaws Cat DNA Test for free in exchange for an unbiased review. Though the product was gratis, all opinions remain our own.

Basepaws DNA tests come with everything you need to take your cat’s saliva sample and to send it back to their lab. You’ll find a serious-looking biohazard bag, a sample bottle that doubles as a collection swab, and instructions for registering and collecting the sample.

First I activated our kit online.

Before doing anything else, I activated the kit online per the instructions. Each test kit has a unique 14-digit identification number so that your cat’s DNA doesn’t get confused with anyone else’s. 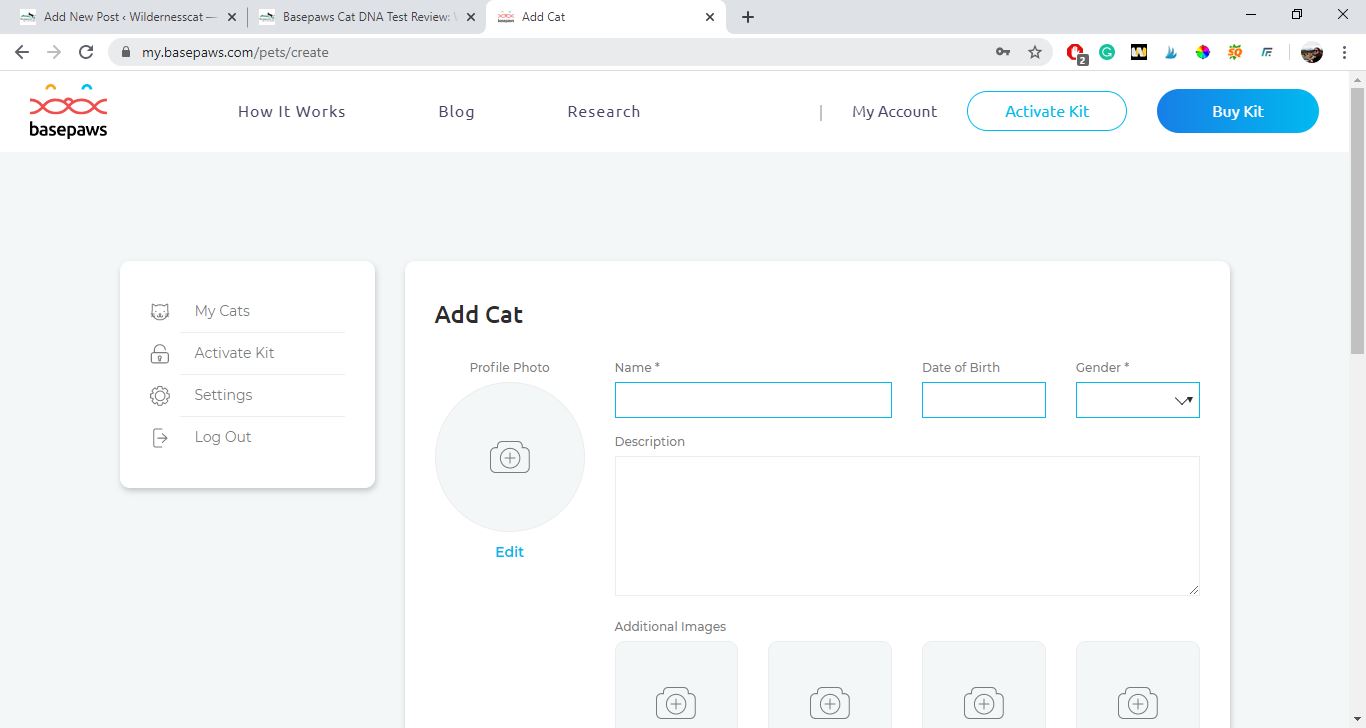 Activating the kit and creating my account and cat profile was very easy. This account is where you’ll access your cat’s results when they come through.

You’ll be able to add information about your cat via this profile so the Basepaws team will be better able to interpret your information. This information will also contribute to their understanding of the feline genome and allow Basepaws to improve and update your results. 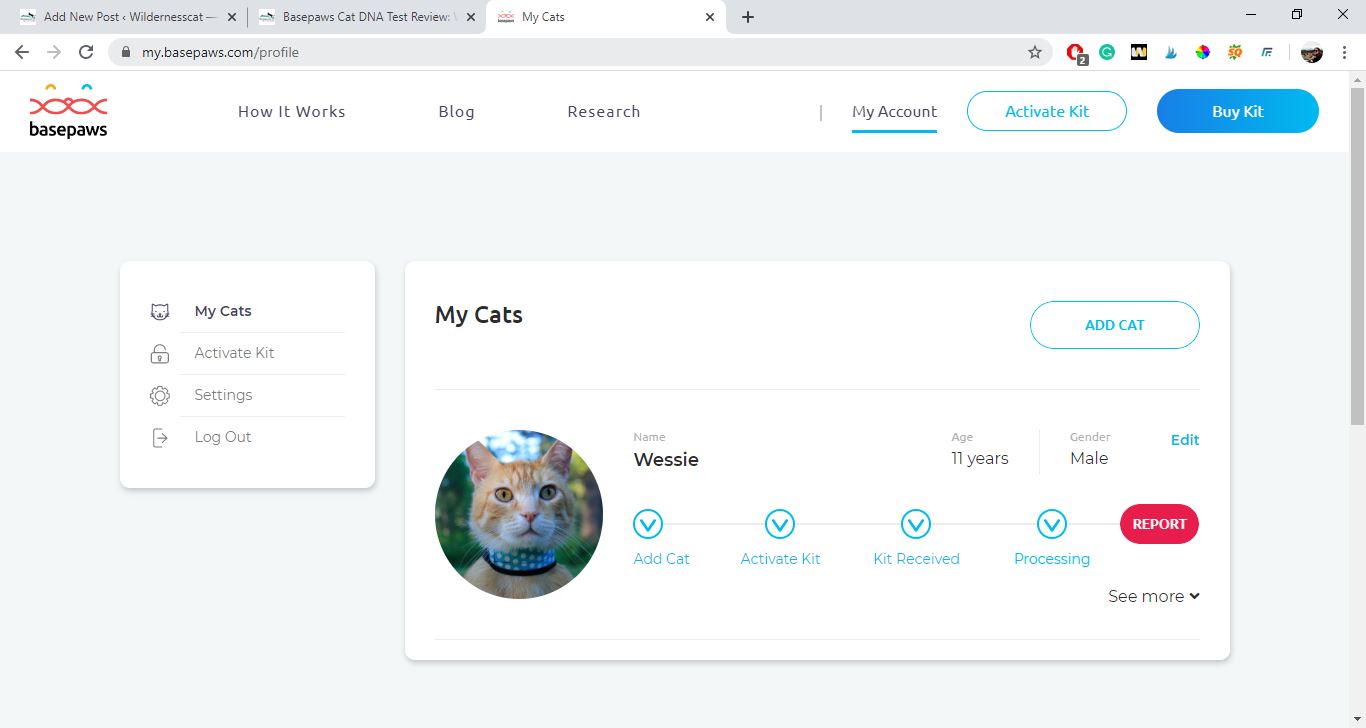 Taking the saliva sample was quick and easy.

Home DNA tests for people usually involve spitting into a vial. Cats can’t spit, so Basepaws provides a swab instead. This might be tricky for some cats, but don’t be daunted. If you’ve ever brushed your cat’s teeth or given a pill, know that this is about 10 times easier and less likely to get you scratched. 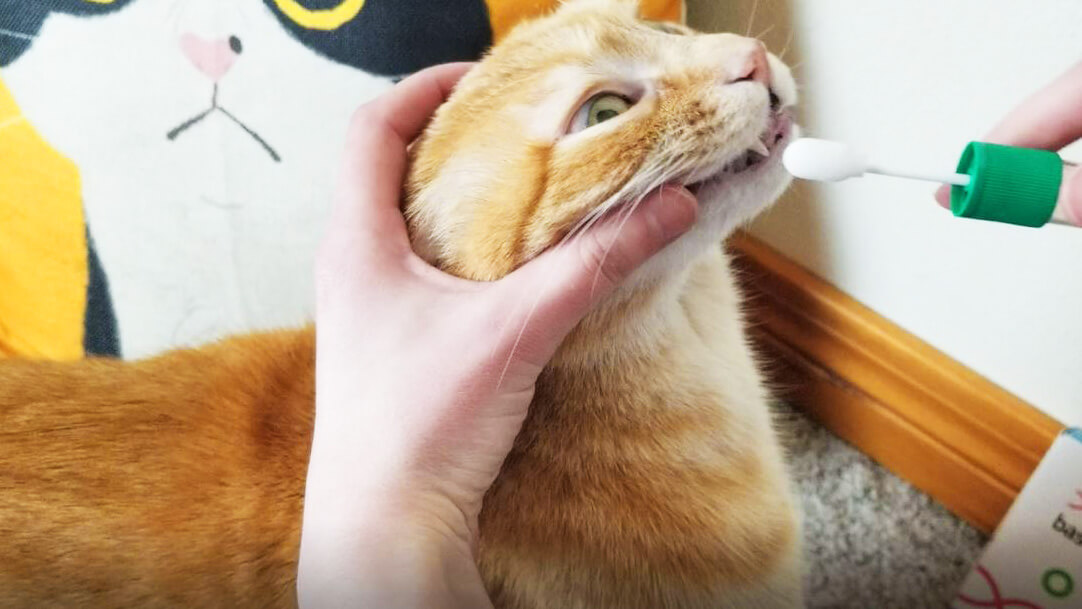 Just dip the swab into your cat’s mouth for a few seconds and put the sample into the containing solution. Wessie was pretty cooperative—he’s used to having his mouth handled, anyway—and collection was a cinch. 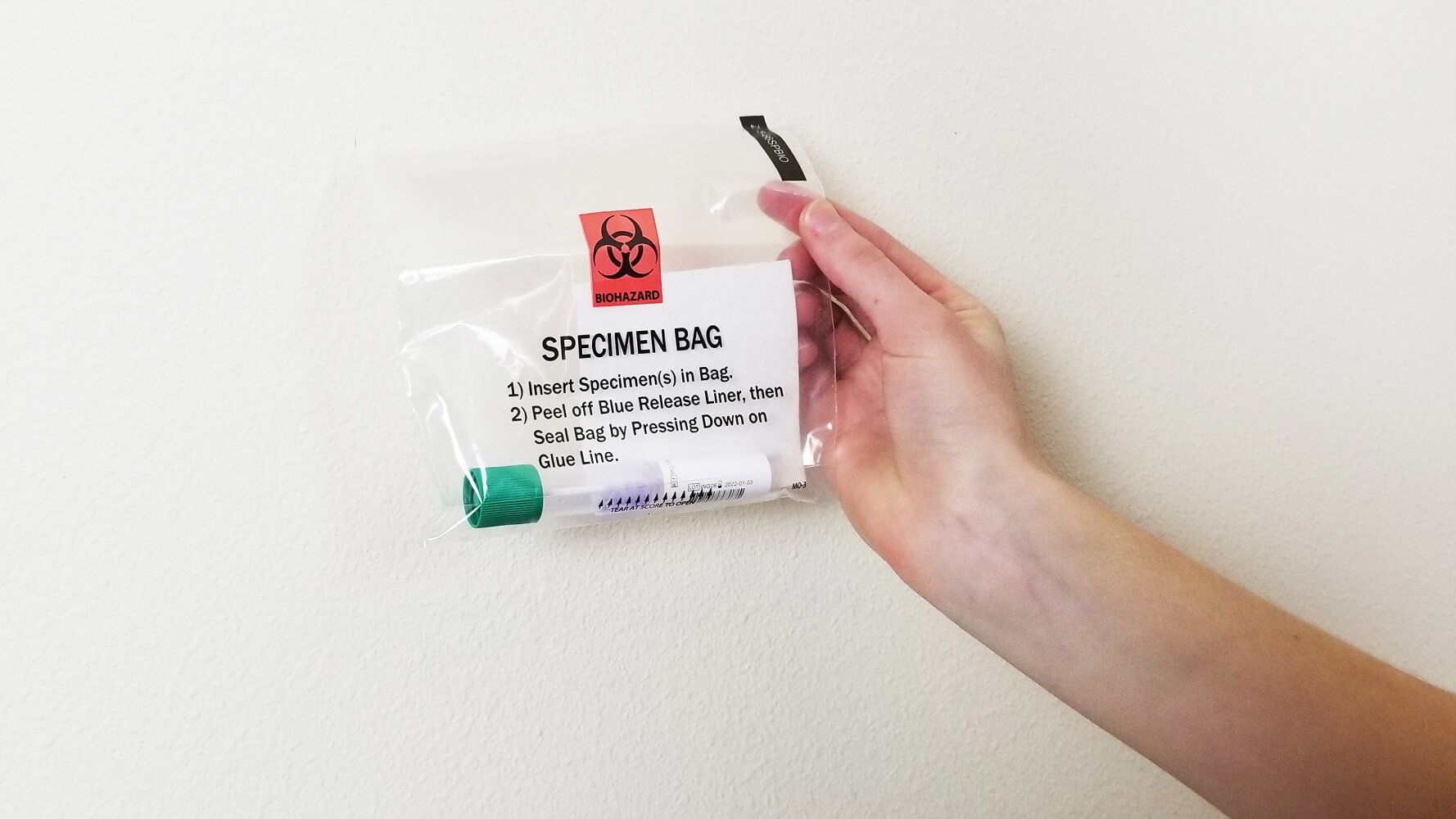 The sample is shipped back to the lab in the same box it came in.

I really liked this because there was so little waste! The box that the test comes in is labeled to be shipped back to the Basepaws lab in Los Angeles. You don’t have to worry about paying for shipping—they’ve got it covered.

Your cat’s DNA test results can take up to 9 weeks to come back.

Five weeks is a long time to wait for test results, but some people have to wait even longer. Basepaws estimates a processing time of 6-9 weeks. For comparison, 23andMe typically takes 2-3 weeks to process a sample after it reaches the lab.

Finally, the results came in. We found out Wessie was 100% purrfect!

The report was a beefy 33-page PDF. If it was a physical report, this thing would feel nice and substantial in the hand, like a camera manual written in a few different languages.

After the table of contents, the report jumps straight into the interesting stuff—Wessie’s breed groups.

According to the report, Wessie is still most definitely a moggie, but he shows the most genetic similarity to the Western breed group. This group includes a variety of breeds originating in Europe and America, including American Shorthairs, Siberians, Maine Coons, Russian Blues, Norwegian Forest Cats, Abyssinians, and Ragdolls. 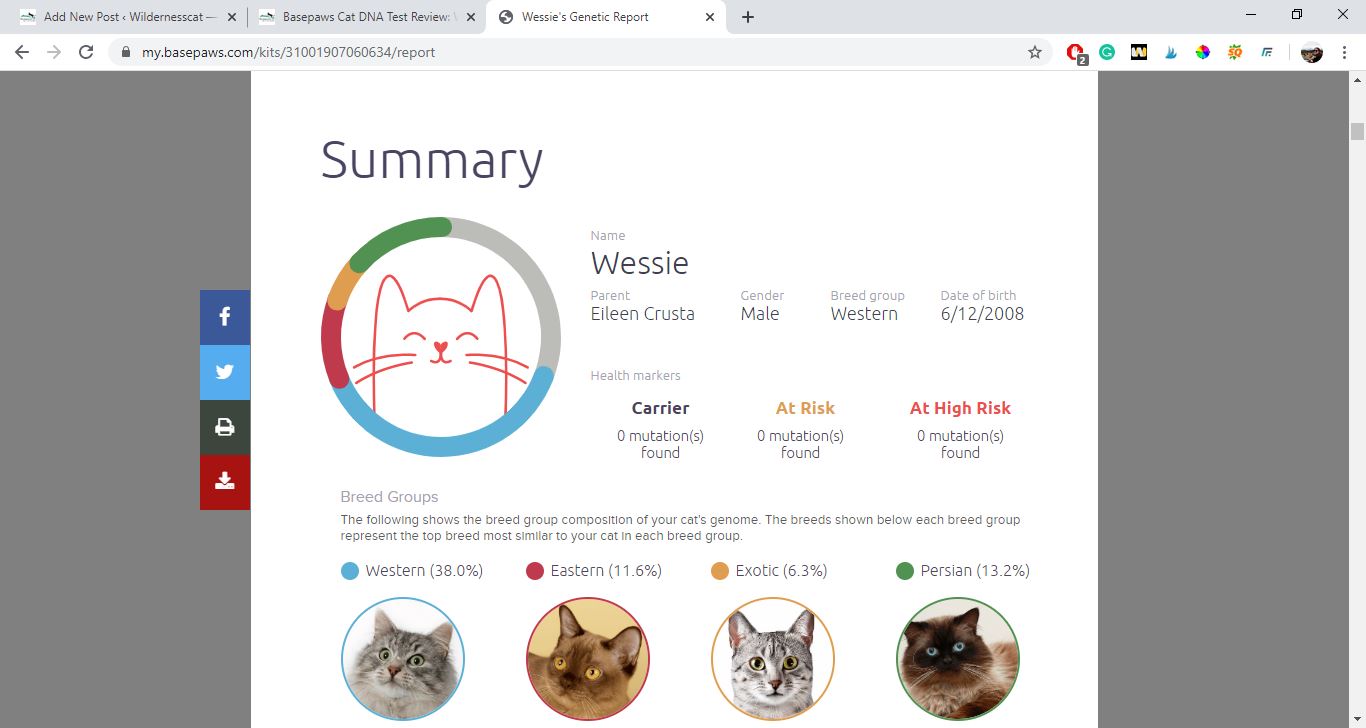 As fun as it is to think about Wessie’s Viking roots, this doesn’t give us a lot of solid information about him. If you’re genetically more Sub-Saharan African than 84% of the people who’ve used 23andMe, does that mean you’re strongly Sub-Saharan African? It’s likely, but the accuracy of that picture depends on how many other people took the test.

Later in the report, Basepaws broke down Wessie’s other breed groups and identified which species within those groups Wessie most aligned with.

The report also told us which wildcats Wessie is the most similar to.

Of the various wildcat samples Basepaws has studied, Wessie’s DNA is most similar to a cheetah. You might think he’s a little tiger given his orange coat and saggy belly, but Wessie is genetically more like the lightning-fast cheetah. Who knew?

The report didn’t find any significant health markers, showing that Wessie had no mutations indicating that he was a carrier or at risk of any known genetic diseases. Later in the report, Basepaws went into more detail on each marker tested and what these results mean. 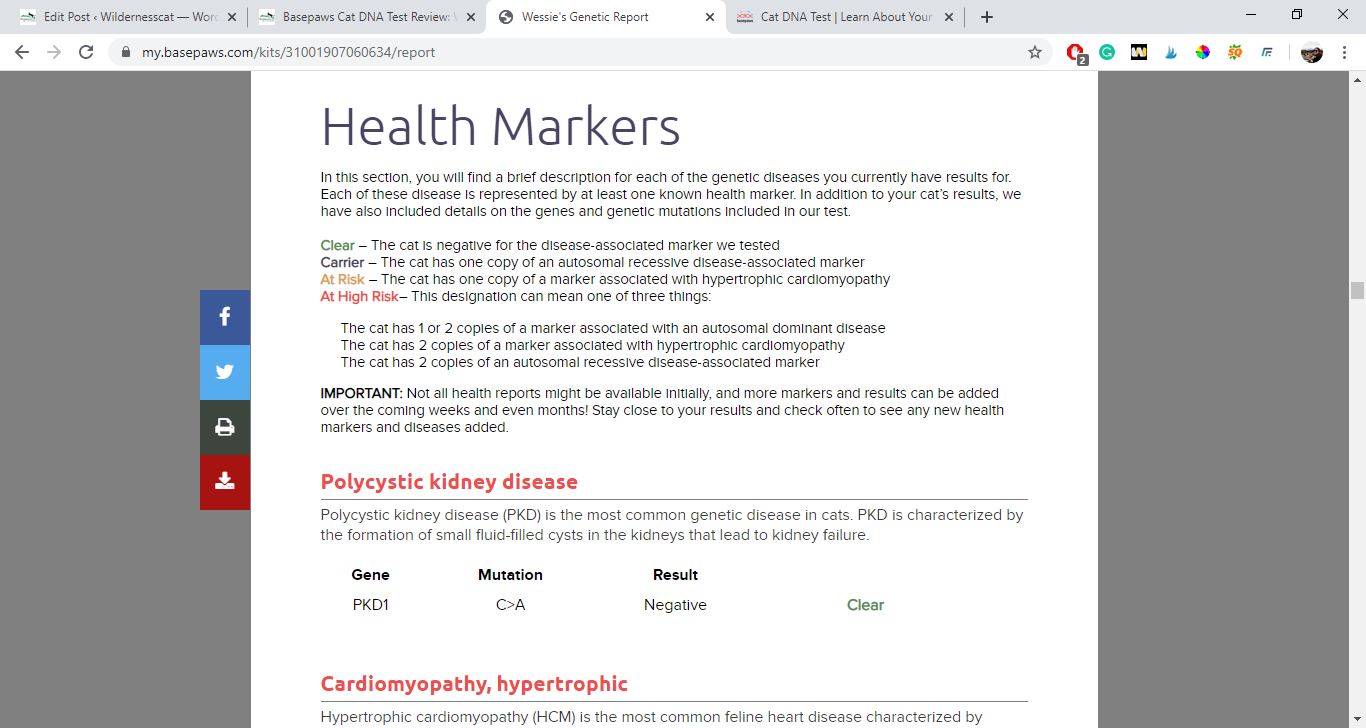 After the main report, Basepaws includes a health and wellness sheet, providing tips for keeping your cat at his best. The PDF concludes with a series of fascinating fact sheets about all the types of breeds supported by the test.

The results were fun to look through and I found myself wishing that we had two tests and could compare Wessie and Forest’s results against one another. With her incredible tree-climbing skills, is Forest more like a leopard than a cheetah? Could there be a strong influence of American Shorthair in her little, squat body in a classic tabby coat?

But I wasn’t completely blown away.

If you’re going into this expecting dozens of richly-detailed DNA reports with ancestry information, a kitty family tree, and details about your cat’s genetic predispositions to getting along with dogs and liking water, the Basepaws DNA test might disappoint.

This test gives you a few interesting and potentially-valuable things. It tells you which breeds your cat is most similar to when compared to other cats in the population, compares your cat’s genes to those of wildcats, and gives you insights on several health markers.

For a price just under $100 and up to six weeks’ wait time, this test’s results may not be robust enough to justify the cost and time for most people, but that might not always be the case.

Your cat’s DNA report is a living document—it will continue to update as Basepaws learns more about feline DNA.

The company adds each cat’s genetic information to its database, giving it more reference points and promising more detailed and informative reports in the future. Because the Basepaws system is ever-expanding, your report is considered a living document and should give you more information about your cat as the years go by.

So far, Wessie’s report hasn’t been updated since we received it about a month ago, but we’re hoping that it does develop over time and reveal more interesting facets of Wessie’s genetics. These updates should be vital to our understanding of the report, given that Wessie’s breed groupings were based on comparisons to other cats in the database.

If there are any more updates, we’ll be sure to come back to this article and share them with you.

Considering that each sample adds to the Basepaws DNA database, your test does more than give you insights into your cat’s genetics. It helps the community understand feline genetics in general. If you’re interested in contributing to the world’s understanding of feline genetics, the scientific impact of using the Basepaws Cat DNA Test could make it well worth the price.

Where can I buy a Basepaws Cat DNA test?

The Basepaws Cat DNA Test is sold directly through the Basepaws website or through retailers like Chewy. If you purchase a Basepaws DNA test through our links, we will get a small commission (extra treats for Wessie and Forest!), however, you won’t be paying any extra. Thank you! 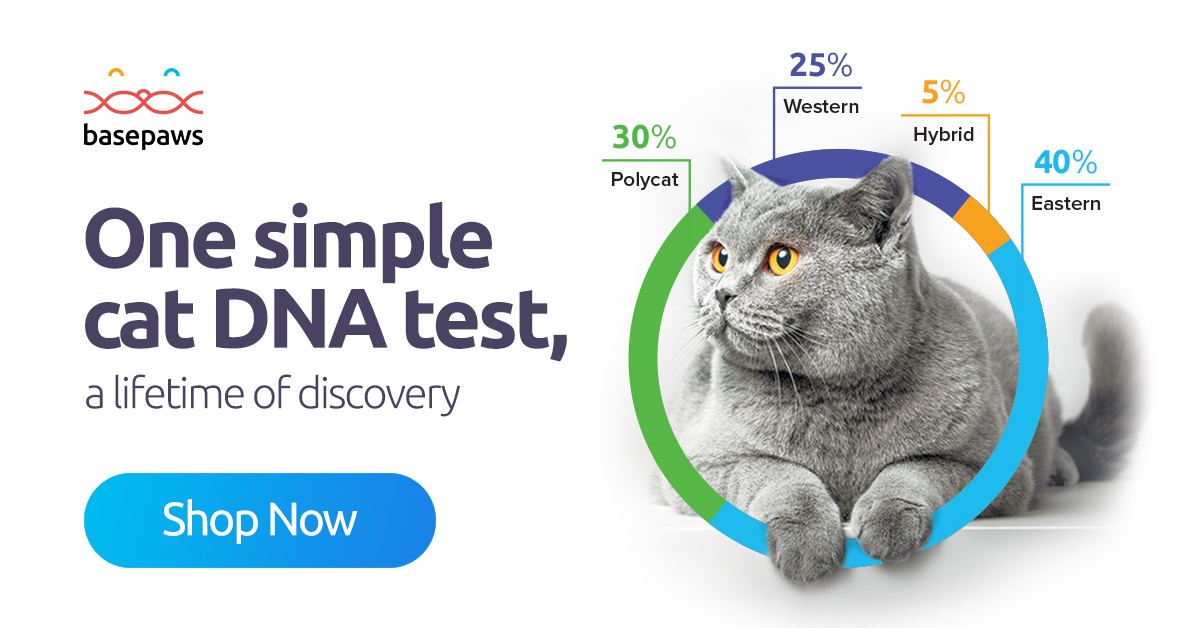 Did you find this review useful? Pin it for later! 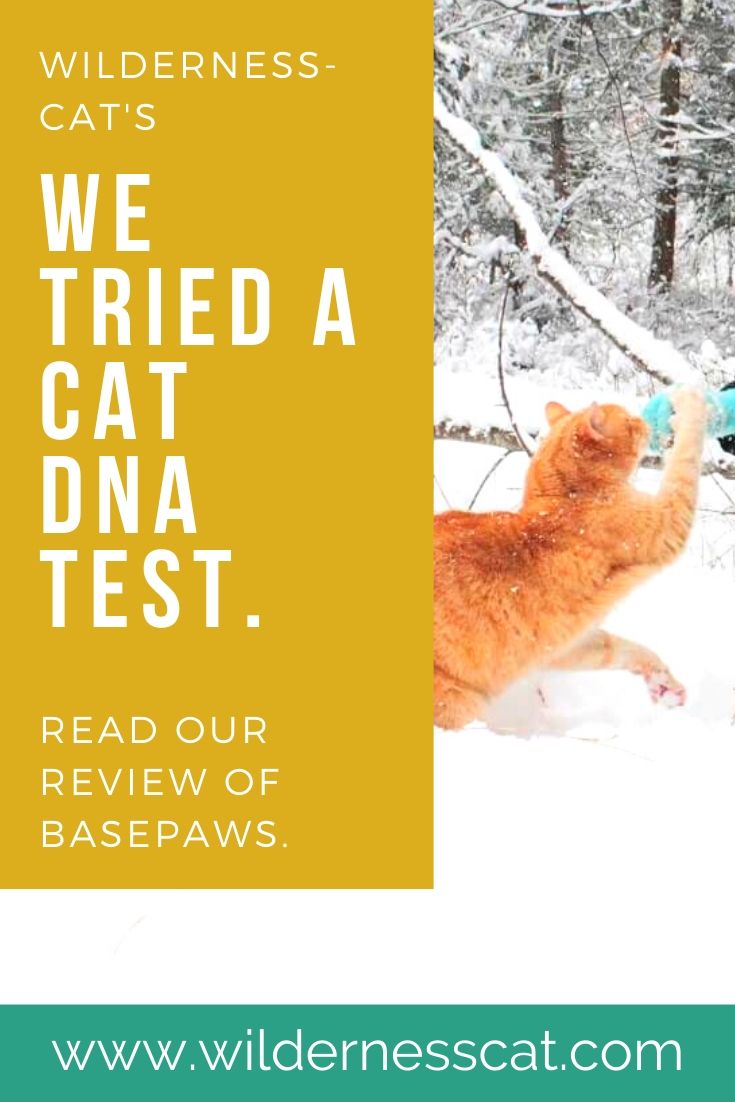 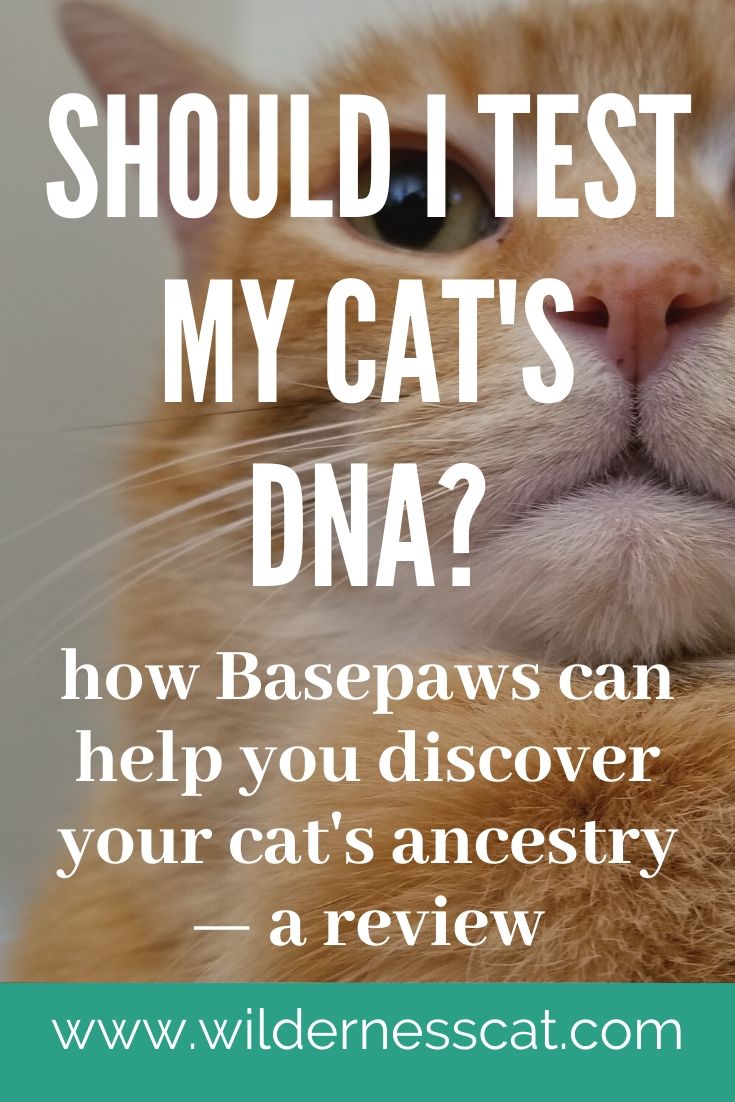 Should I Walk My Cat? 5 Reasons Walking Cats is Awesome

8 Ways We Take the Stress out of Traveling with Cats: How to Travel with Cats Stress-Free